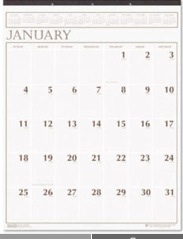 Yesterday I posted the plans that Martha and I have for the new year. We are obviously excited about 2012. Several of our hopes and dreams will culminate this year. It’s fun to see events coming to pass that you have prayed about and hoped for. I hope that you will read “Our plans For The New Year.” We want to be in God’s will and carry out His purpose.

God is a planner, and He wants us to have plans. Think about the plans of God. Before the foundation of the world He planned our redemption. From the beginning He predestined us to be conformed to the image of His Son (Romans 8:29). To the people of Israel in exile, God spoke of His plans for His people: “For I know the plans I have for you, declares the Lord, plans to prosper you and not to harm you, plans to give you hope and a future” (Jeremiah 29:11). He spoke about events seventy years in the future when His plans for Israel would be completed.

God obviously plans big and He likes for us to dream about what can be accomplished.

At the same time, I am reminded that our plans are really not our plans. They should be submitted to God. The Apostle James spoke about people who boasted about going to a city, carrying on business and making money (James 4:13). He suggested a better way: “Instead, you ought to say, If it’s the Lord’s will, we will live and do this or that. As it is, you boast and brag. All such boasting is evil” (James 4:15-16).

There’s a better way to do this.

First, seek God first. Let Him direct your paths and show you the way (Proverbs 3:5-6).

Second, do everything for the glory of God. Paul indicated that God allows us to make plans, but all of our plans should enhance God’s reputation. Paul said: “And whatever you do, whether in word or deed, do it all in the name of the Lord Jesus, giving thanks to God the Father through Him” (Colossians 3:17).

Finally, spend time with God in prayer, submitting all of your plans to God. Submit your life first, then your plans. Ask for God’s favor and His direction. “In all your ways acknowledge him, and he will make your paths straight” (Proverbs 3:6).

Dream big and submit your plans to Him.

If you would like to receive my daily posts, you can subscribe to waylonbailey.com below. Simply type in your email address and click subscribe. It’s free and easy. When you receive a return email, confirm your desire to subscribe by clicking on the link.

Waylonbailey.com is my ministry across the Internet. I would appreciate your subscribing and also forwarding this and other posts to your friends. Thanks for your help and support.

Join Us for Prayer