Praying For An Awakening 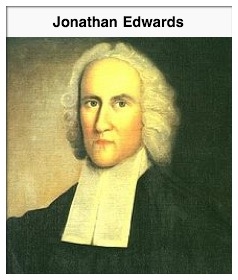 What would a spiritual awakening resemble?

There are two concrete examples for spiritual awakening in America. The first began in 1734. The second took place approximately 1792-1840.

Jonathan Edwards is generally described as the father of the First Great Awakening. As pastor in Northampton, Massachusetts, Edwards and others saw that the moral tone of society suffered greatly. In his preaching, he stressed an immediate, personal spiritual rebirth. A revival began among the youth of his church and soon spread to the adults. Edwards noted that “the town seemed to be so full of the presence of God; it never was so full of love, nor of joy, and yet so full of distress, as it was then.” Within two years, 300 new believers were added to the church and the news spread throughout New England.

George Whitefield, a British Methodist, continued the movement by preaching in America over a nine year period. He preached to 5,000 people at one time on the Boston Commons and 8,000 at the same time on another occasion. Between 1740 and 1742, 25,000 to 50,000 people were added to the New England church. This changed the moral direction of the area and people began speaking of a “Great Awakening.”

The revival moved south to the middle colonies. Among the groups were the Presbyterians in New Jersey and Virginia in the 1750’s and the Baptists in North Carolina in the 1760’s. Methodism spread rapidly in the years before the American Revolution.

In fact, the Great Awakening is often credited with encouraging the emphasis on independance and personal freedom. The awakening unified the colonies like little else had been able to do. America’s birth came on the heels of the First Great Awakening.

The awakening also encouraged a number of social reforms and movements, including the first important movement against slavery. David Brainerd and others took the Gospel to Native Americans. Education, particularly of ministers, rose in importance. The First Great Awakening led to the founding of many educational institutions, including Brown, Princeton, Rutgers, and Dartmouth.

What then is a spiritual awakening? Here’s my definition. A spiritual awakening is a wide-spread demonstration of the Spirit of God working in preachers, churches, and the lost. It results in many people becoming new in Christ and ushers in dramatic social and personal change.

I am praying for this to happen in my church and my state and then to move to the nation to change a people who live in darkness and sadness. Would you join me in this endeavor?

If you would like to receive my daily posts, you can subscribe to waylonbailey.com at the top of the page. Simply type in your email address, and click subscribe. It’s free and easy. When you receive a return email, confirm your desire to subscribe by clicking on the link.

Waylonbailey.com is my ministry across the Internet. I would appreciate your subscribing and also forwarding this and other posts to your friends. Thank you!

Praying for the President

The Privilege of Prayer