What Makes A Nation Great? 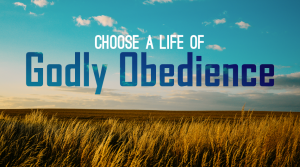 None of those nations are world leaders any longer. What makes a great nation?

Yesterday I preached from 2 Kings 21, the story of King Manasseh of Judah. Billy Graham called Manasseh “The most wicked man who ever lived.” His evil reign brought about the destruction of the nation.

Three things helped bring about the destruction of Judah and Jerusalem.

He led them in pagan worship, establishing altars for foreign gods even in the temple courtyards. He led the people to worship the sun and moon and stars.

Second, Manasseh encouraged pagan worship of all kinds, including gross immorality. He even placed an Asherah pole in the temple. The Asherah pole was used in worship of the baal gods and stood as a sexual symbol before the people.

It’s hard to imagine a great nation that thrives and lives on immoral actions.

When G. K. Chesterton came to America, he wanted to know what made America great. He found his answer in America’s churches. His conclusion went something like this: “America is good because America is great. When America ceases to be good, it will cease to be great.”

Third, Manasseh disrespected human life. He sacrificed his son and filled Jerusalem with innocent blood. While the Scripture doesn’t give us the exact answer, it seems that this means Manasseh ruled ruthlessly and was determined to hold on to power at any cost.

Like immorality, it’s hard to imagine a great nation that does not respect human life. What should we seek for the United States?

Let us encourage obedience to God in every area of life. Jerusalem and Judah were destroyed and the people taken into exile because they ignored God and His leadership. They went after other gods and forgot that God had ordained them to be a light to the nations. Instead, Judah became like the nations and suffered the same fate.

Let us be a people who obey God and seek His guidance for our lives and for our country.